What is Database and what are the different types of Databases used in web development? 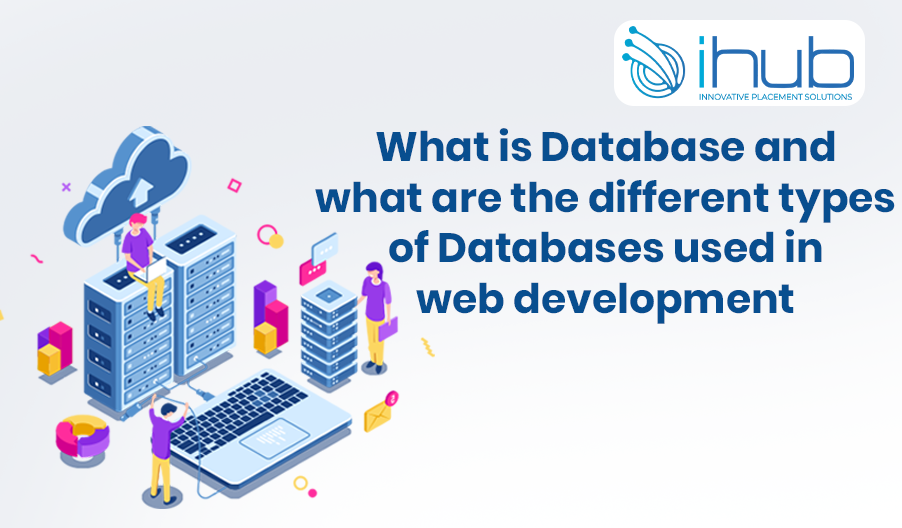 What is Database and what are the different types of Databases used in web development?

What is a Database?

The term database refers to a structured collection of organized information, or data, usually stored electronically by a computer. DBMSs are used to manage databases. DBMS and applications are often referred to as the database system, which includes both. Typically, a database consists of rows and columns of data, which allow efficient processing and querying. The data can be accessed, managed, updated, controlled, and organized more easily. The most commonly used method for writing and querying data in databases is structured query language (SQL).

How Did Database come into use?

During the 1960s, databases underwent a dramatic evolution. Initially, one-to-many relationships were allowed in hierarchical databases, while multiple relationships were allowed in network databases. Although these early systems were simple, they were rigid. Object-oriented databases became popular in the 1990s after relational databases became popular in the 1980s. Due to internet growth and the need to process unstructured data faster, NoSQL databases have become increasingly popular. Today, cloud databases and self-driving databases are revolutionizing data collection, storage, management, and utilization.

An overview of database types

Databases come in many forms. In order to determine which database is best for an organization, one must consider how they intend to use the data.

There are two or more files in a distributed database that are located at different locations. Multiple computers may be used to store the database, and they may all be physically located in the same place, or they may be spread throughout a variety of networks.

Designed specifically for querying and analyzing data quickly, a data warehouse is a centralized repository for data.

The data in a graph database is stored in terms of entities and the relationships between them.

Multiple users can execute numerous transactions at the same time in an OLTP database. OLTP databases are speedy and analytical databases.

In today’s market, several dozen types of databases are available. Scientific or financial databases, for example, have very specific functions. The cloud and automation are driving databases in an entirely new direction, along with changes in technology development approaches. There are several new databases available today, including

Whether it is a SQL database or NoSQL database, open-source databases have their source code available for download.

Cloud databases can be structured or unstructured, and they can be found on private, public, or hybrid cloud computing platforms. Cloud databases can be classified into two kinds: traditional and database as a service (DBaaS). A service provider manages and performs administrative tasks on behalf of the client with DBaaS.

Multiple database types can be combined into a single back end in a multimodel database. In other words, they can handle a variety of data types.

Instead of rows and columns, document databases store, retrieve, and manage document-oriented information in JSON format.

A self-driving database can also be called an autonomous database, as it uses machine learning to automate tasks normally managed by database administrators, such as tuning, security, backups, and updates.

Databases and autonomous databases in the future

Today, businesses have access to more data than ever before thanks to massive data collection from the Internet of Things. Using multiple sources of data, a database can analyze vast amounts of data. Organizations can now run more efficiently, make better decisions, and become more agile and scalable using databases and other business intelligence tools. As data volumes increase, businesses must optimize access and throughput. For businesses to grow, scalability, performance, and agility are essential.

We at iHub Talent provide you with the best SQL help if you require a database for Web development, so you can learn MySQL, MongoDB, or Microsoft SQL Server.